The aim of this research is to develop a new non contact and versatile method to monitor the health of civil engineering structures. It is based on high speed imaging of structures vibrating in a transient regime and on the processing of the acquired image sequences by full field kinematic measurement techniques sensitive to very small motions, to detect possible evolutions of the vibrations modes, which are the indirect signs of damage.

To this end, two cameras JAI SP-12000M-CXP4 have been acquired. This new generation of cameras permits the recording of long sequences (several seconds) of high resolution images (more than 4000 pixels along a vibrating beam), at high frequencies (up to several kHz). The feasibility of this methodology has been first evaluated on a small model structure. A more realistic real size beam has then been investigated.

In the first part of this work, a small (about half a meter) aluminum beam is studied, whose boundary conditions are either clamped-clamped or cantilever. The experimental set up is shown on figure 1. The beam is excited by an impact hammer system, like a pinball plunger. The beam displacements are measured using the Digital Image Correlation (DIC) technique, with an accuracy which has been checked to be better that one hundredth of a pixel (Yang et al., 2012). 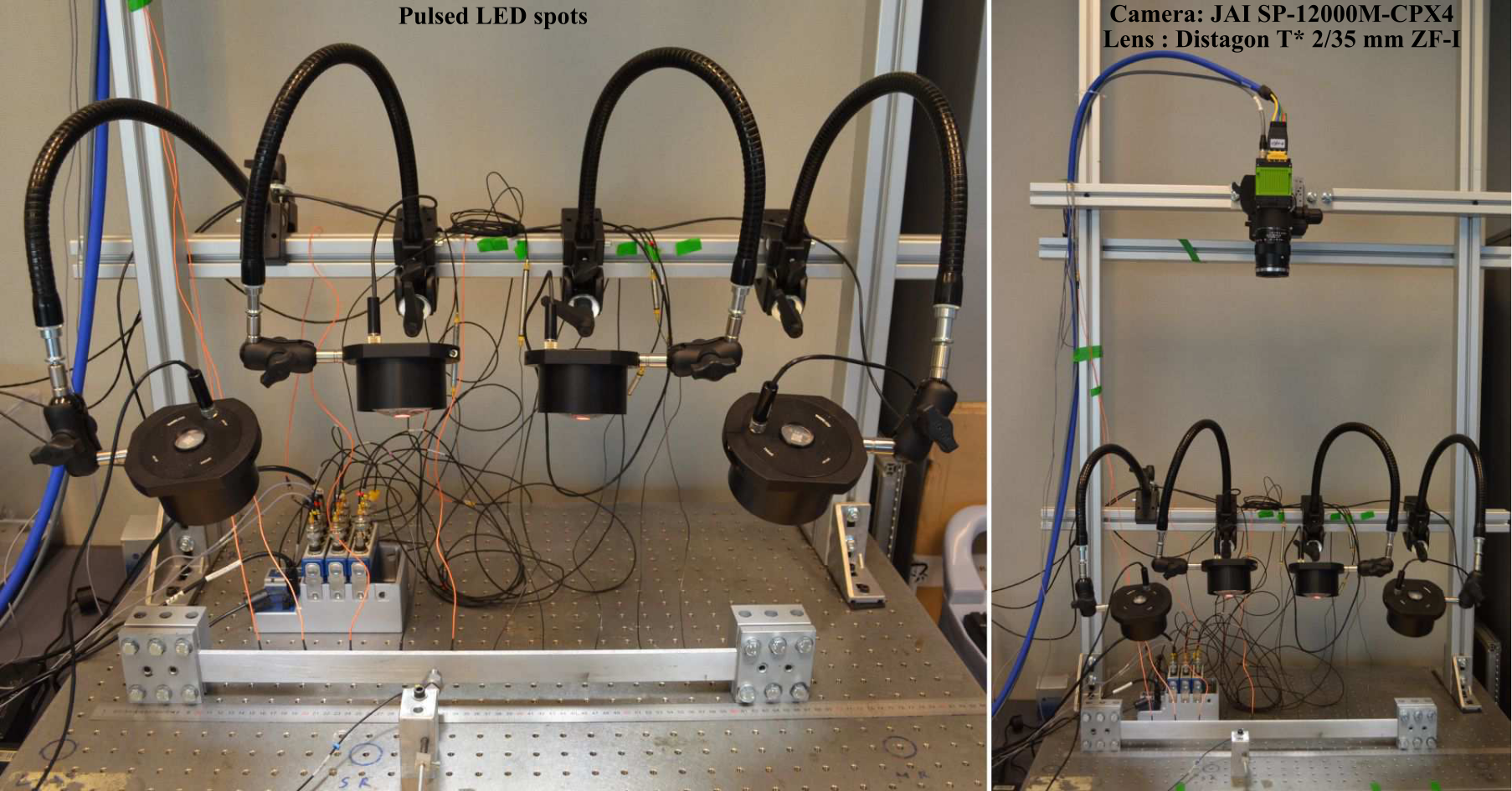 In order to obtain the experimental modal parameters of the beam, a modal analysis is carried out using a method based on the continuous wavelet transform (CWT, Le & Argoul, 2004). Variations in the modal parameters are used to detect the existence of damage in the structure. To confirm the full-field measurements quality, the different results obtained by these data sets are compared to another instrumentation results. For example, some researchers compare the DIC with laser Doppler vibrometry (Reu, Rohe, & Jacobs, 2017). Here, it has been compared with accelerometers. The similarity in the results obtained with both data sets is seen on figure 2. Then, holes are drilled in this aluminum beam to simulate damage in the structure. The study of the variation of the modal parameters and, in particular, of the modal curvature makes it possible to locate this defect, as can be seen in figure 3. 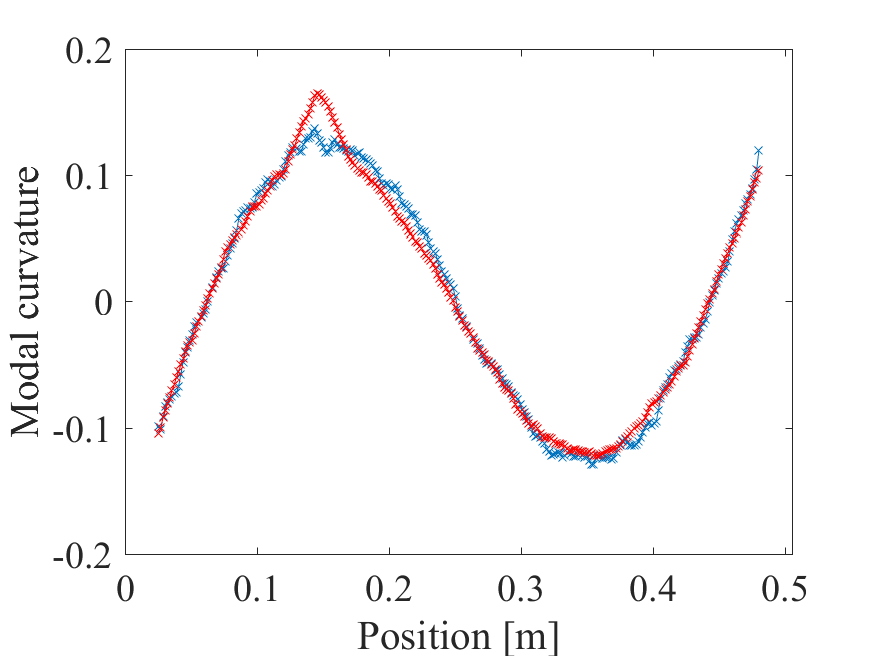 Figure 3: Comparison between modal curvature of mode 2 for undamaged (blue) and damaged (red) structure, as measured by high speed DIC

In the second part, a real-size beam-like structure with a span length of 7 meters is studied. With respect to the first part, two new challenges appear. The first one is to realize a speckle pattern on this kind of structure quickly and efficiently. A specific stencil was designed in order to serve this purpose. The second one is to excite the structure. Indeed, the size and imperfection of the latter one make it difficult to properly identify the higher modes in the response. The experimental setup is shown in figure 4.