The Ph.D. project of Sabri Souguir is dedicated to the study of the physics of failure initiation in brittle materials, for which there is no scientific consensus yet. The objective of the Ph.D. project is the study of initiation at the atomic scale with molecular simulation tools in order to unravel the physical mechanisms of failure and ultimately develop or identify an analytical criterion that can be used at the engineering scale.

A preliminary series of simulations of a 2D graphene-like material were performed in the context of a previous labex project (postdoc of Ignacio Tejada). This series of simulations has shown that 1) it is possible to capture the initiation phenomenon at scales accessible to molecular simulations, provided that the materials considered are sufficiently brittle; 2) locally, a material can significantly overcome the strength limit of the bulk; 3) Very few existing initiation models are consistent with the failure behavior of this example. Only one model (Leguillon’s criterion) seems to provide a reasonable interpretation and good quantitative predictions. A specificity of this model is that it allows stresses exceeding strength in peculiar situations for which the mechanical energy that can be released by failure is lower than the energy release rate of the material.

This preliminary study raises many questions that motivated the Ph.D. project:

In order to answer these questions, we started a systematic study of a realistic representation of graphene accounting for the third dimension and making use of up-to-date inter-atomic potentials. In parallel, we also started a systematic study of a toy model made of atoms on a 2D triangular lattice interacting with simple harmonic springs. The graphene simulations aim at assessing the failure behavior of a more realistic case than that considered in the preliminary study. Whereas the toy model study offers the possibility to easily confront the theory since many analytical analysis are made possible on such simple systems.

Two essential results have been obtained in this work, which reshape our vision of failure initiation: 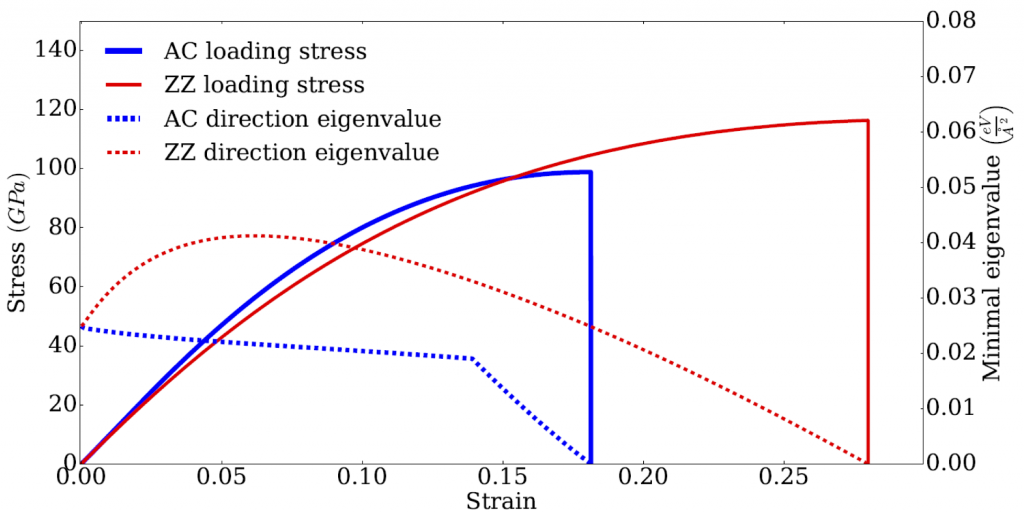 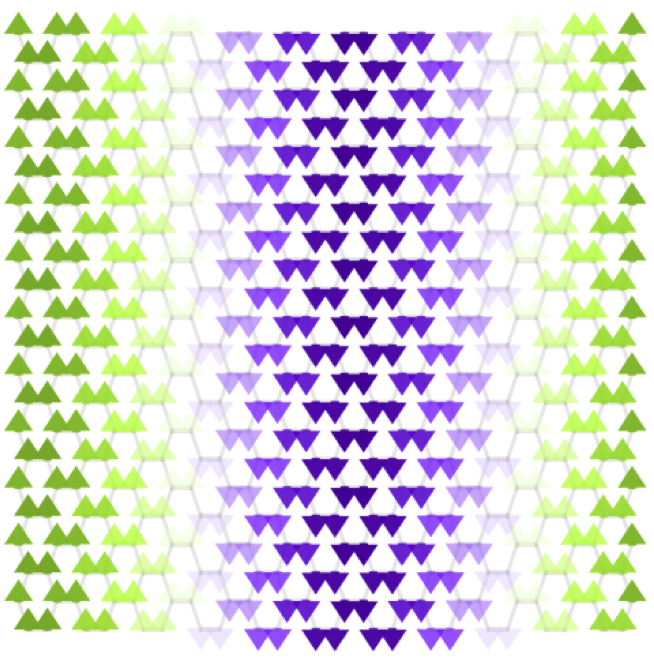